Dimitry Saïd Chamy is an artist and designer of transdisciplinary practice. Working from a queer, mixed Middle Eastern and Caribbean immigrant perspective, Chamy’s aesthetic is an alchemy of critical theory and emancipatory design, creating works that explore speculative futures, unusual pathways, and symbolic world-building through participatory artifact creation and storytelling.

Chamy has exhibited work from New Haven to Beijing, including Fashion Week at Lincoln Center, New York, and the Yerba Buena Center for the Arts, San Francisco. He has worked on projects at multiple scales in diverse sectors, including art, education, fashion, technology, and the non-profit world. Chamy holds an MFA in Graphic Design from Yale University.

Born in Port-au-Prince and raised in a Haïtian-Lebanese family, before immigrating to the United States, Chamy has taught at six universities and served as an Erasmus+ Scholar and Honorary Chair at the Art Academy in Latvia. Chamy is a founding Teaching Professor and Resident Artist at the Ratcliffe Art + Design Incubator at Florida International University in Miami, where he bases his studio.

Drawing is my meditation. I doodle and noodle in a space where flow becomes form feeding a reservoir of symbols that allow me to discover an endless expanse within. I can connect my father’s stories of Lebanon to my Haïtian grandmother’s fabric trunk to my godmother’s jewelry to my lover’s map of the Everglades to transform the unconscious into the visible. A queer life gives birth to a queer line gives birth to a queer world. Symbols and patterns are protection spells and portals to possibilities—inviting participation, recombination, and play. 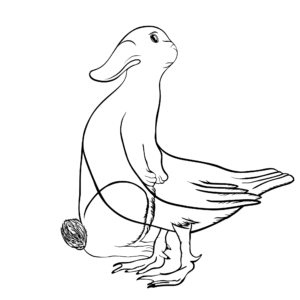